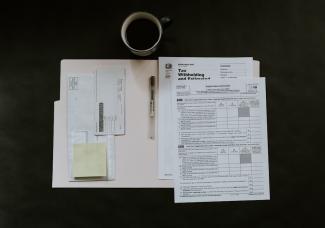 A Tax By Any Other Name Is Still A Tax

Once again, apologies to William Shakespeare as I adapt a line from one of his plays to provide a title for today’s article. Romeo and Juliet is a tragedy, partially disguised as a romance.

Today’s topic isn’t exactly a tragedy but it is a potentially disquieting tale. I’m writing about a sneaky Social Security tax that affects some Medicare recipients. This tax is known as Income Related Monthly Adjustment Amounts (IRMAA). You might remember that Medicare comes in several tranches, including Part A (hospital-based services), Part B (physicians’ services) and Part D (drug coverage). Part A is free for most recipients, while Parts B & D require paying monthly premiums. The IRMAA increases those Part B and D premiums. In my last article, I mentioned that monthly premiums for Medicare Part B were going down a few dollars in 2023 – but, as it happens, not for everyone.

Incidentally, the ‘C’ tranche is a primarily government-funded alternative to traditional Medicare but offered by numerous private insurance companies instead. It’s an approach we generally don’t recommend but would be happy to discuss.

The Social Security system takes income into account in several ways. These include both in calculating the benefit amount (those with lower lifetime earnings receive a greater percentage of those earnings as a benefit) and the taxability of benefits (those with higher Adjusted Gross Incomes pay income tax on a larger percentage of their benefit). Perhaps it shouldn’t be surprising that the IRMAA tax is imposed on those with greater AGI’s too.

For purposes of IRMAA taxation, the SSA looks back two years, so 2022 premium adjustments are based on a 2020 tax return. Here’s a chart showing the income brackets and associated additional monthly Part B premiums (also shown annualized):

What you see above is that for a married couple, no additional ‘premium’, ie tax, is due until their joint (Adjusted Gross + any normally tax-exempt) income exceeds $182,000. The next dollar of income triggers a $965 additional tax – per person – for a total of $1,930 per year. You can see the additional brackets adding additional taxes at higher income levels. Part D premiums are also affected by IRMAA but the numbers aren’t as significant.

Presumably, the logic is that those with higher incomes can afford to pay more in taxes. Although our clients don’t always appreciate the concept, I suppose it is generally true. However, what counts as “income” for the purpose of this tax might be surprising – and not in a good way.  Suppose someone owns a business or a vacation home. If either is sold, the sale might easily yield a one-time gain that would trigger the IRMAA tax at the highest level, adding over $10,000 per year to a couple’s overall tax bill. In fact, as the rules work, that gain would actually result in a three-year increase of over $35,000 in IRMAA taxes (counting both Parts B and D).

So, while a person with higher income might not have too much trouble paying an extra $1000 or so in yearly IRMAA taxes, what about that person with the business or vacation home sale which didn’t increase their yearly income at all? How will they pay the tax? There are two common answers. First, most of the time we’re allowed to invest at least part of such lump sums into income-producing assets that can provide enough additional cash flow to cover the taxes. Second, we also take advantage of a process allowed by the SSA to request that a clearly one-time event be treated as such. This allows us to propose that a different tax year be used for subsequent tax calculations – ie, a year that does not include an extraordinary event.

Less often, we can use an investment approach involving what’s known as a Qualified Opportunity Zone to push both income (and IRMAA taxes) back by four years. This is a relatively sophisticated approach that involves investing in a real estate deal intended to improve an otherwise less desirable neighborhood. These investments provide income to pay the additional taxes but are generally illiquid and the strategy doesn’t work in every situation but, if you are facing the need to sell a highly appreciated asset, we’d be happy to discuss the concept in greater detail.