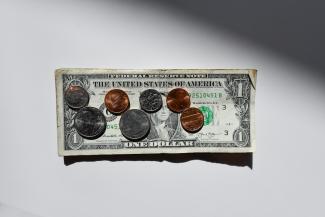 More, or Less, is Better

With apologies to Neil Bergman, writer of the song More is Better from the Broadway show Mean Girls, sometimes less can be better too.

Social Security has been part of our country’s financial fabric since the 1930’s. There are currently approximately 70 million recipients, primarily retirees and their beneficiaries but also those who have become disabled prior to retirement age and those falling into a few narrower categories. Since the mid 1970’s, Congress has mandated inflation-based payment adjustments, ranging from 0% in 2010, ’11 and ’16 to 5.9% for the current year. The increase of 8.7% for 2023 was just announced and it’s the largest since the recession-induced inflationary period from 1979 - ’81.

This being a government program, the formula used to come up with the 8.7% is somewhat arcane, but it attempts to reflect inflation as felt by the primary recipients – retirees. Over the past ten years, benign inflation has led to an average increase of about 1.8% so this represents quite a change.

Most people would agree that more is better when it comes to retirement income so how could less also be better? As it turns out, Medicare Part B premiums (which cover physician’s fees and outpatient services) are falling for 2023. There was a significant increase in 2022 due to anticipated high costs associated with a very expensive Alzheimer’s drug which had recently been approved. A drop in its price, along with reduced actual spending on some other Part B-related services, combine to make possible a $5 per month reduction in these premiums. Typically, your Part B premium is deducted from your SS check, so this is a case of less actually being more. Such a drop isn’t unprecedented, but it's rare. The last time it happened was a decade ago, in 2012, when Part B-related services proved to be lower than expected.

Those already receiving SS income might be wondering when they’ll see this raise. The answer is simple – payments are deposited on the first four Wednesdays of the month depending on the first letter of your last name. Your first check or deposit in 2023 will arrive on the usual day and will reflect the increase (and decrease). These increased payments will also be reflected in benefits received by divorced spouses and those drawing on the account of a deceased spouse or parent.

Those not already receiving SS might be considering applying for it immediately in order to capture the increase but that’s not necessary. There’s no rush to file because anyone who is 62 or older this year will automatically receive the benefit of the COLA when they apply for benefits for Social Security in the future. In fact, every COLA that’s awarded from the time you become eligible for Social Security at 62 until you file will be automatically included in your future monthly payment amount. Social Security claiming is a complex process, with the decision being based on multiple factors including potential longevity, and that of two people in the case of a married couple. There’s no need to rush a decision that important, especially when you’ll receive credit for the COLA adjustment regardless of when you file for benefits.

As originally conceived, Social Security income was to be untaxed but, beginning in 1984 that changed. In one of very few cooperative legislative efforts to ensure the solvency of the system, a portion of payments are now taxed based on total combined income.  For joint filers, those couples earning less than $32,000 are not taxed on SS income at all. For joint incomes up to $44,000 taxes are due on half of Social Security payments and for those earning more than $44,000, 85% of SS income is taxed. With 2023’s significant cost-of-living increase it’s quite likely that many lower-income people will find a larger percentage of their SS income taxed. There are lower income figures for single filers in each of these brackets.

What does the future hold for COLAs? Will more be better again next year? For better or worse, the government chose to send stimulus checks to virtually all of us during the COVID crisis. That money wasn’t all spent immediately and, as it makes its way into the economy, the market is reacting as it always does – prices are increasing. We’re seeing some signs that inflation is peaking but suspect it will continue to be with us for a while, suggesting future COLAs for many workers and most retirees.

This might be a good time to connect with your own advisors to make sure you consider the increased income in your tax planning.