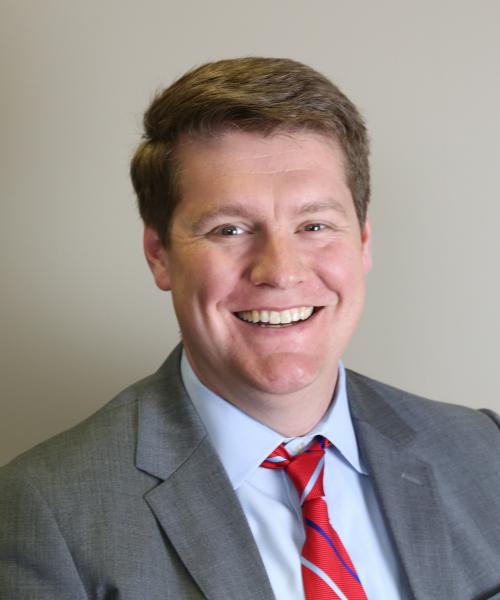 Patrick is native to the area, spending much of his formative years right here in Columbus. He is a 2008 graduate of Columbus North High School and made the trip over to Bloomington, Indiana to complete his degree in Arts Management through the School of Public and Environmental Affairs at Indiana University. Following his education, Patrick and his wife Sharon moved back to Columbus to work for Cummins. There he worked in multiple marketing and sales roles across different business segments, most recently focusing on the mining and mineral extraction industry.

In each of his roles, he focused on the opportunity to help people. He gravitated toward roles where he could pursue external relationships that allowed him to help people navigate systems, processes, and products to identify the best possible solution for the customer. While he enjoyed his work at Cummins, he found some of the work became difficult to meet that service-oriented goal. He has been managing his family investments for several years and when he was approached with the opportunity to pivot to financial planning and investment advice, he found a career that would allow him to have a direct impact on an individual’s life. He is excited to bring his solution minded attitude to WWA. He looks forward to assisting clients as they seek solutions to tough problems and working with them in a way that positions them for future success.

Outside of work, Patrick has focused much of his time on advancing the already vibrant arts community in Columbus. He was the first board President of Mill Race Theatre Company (MRTC), following a major restructuring, where he led the organization to begin the incorporation process into a 501c3 nonprofit. Beyond his board work with MRTC, you may also catch him behind the scenes or on stage during a summer musical or fall play. He currently sits on the board of directors for the Columbus Indiana Philharmonic as the chair of the marketing committee. Beyond the arts, Patrick is also the Vice President for the Visitors Promotions Commission and is a newly appointed board member to the Columbus City Utilities Board.

Patrick and Sharon live in town and enjoy consuming the arts as much as they work on them. Additionally, Patrick enjoys a round of golf on a Saturday afternoon, albeit poorly played, and keeping active with their rambunctious boxer/lab mix, Kevin.