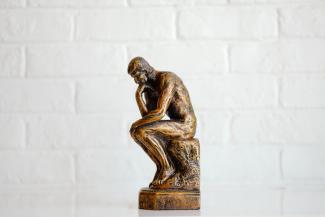 Worried? There Always Will Be Something To Fret About

I was searching for inspiration, so I turned to my past-articles file. One in particular caught my attention. It was an article written by Bob Veres, a thought leader among fee-only financial planners. It was titled “Why Worry List.” I always like to worry, so I clicked and read. It was an article from May 2014, but the topics that were worrisome back then are still in the headlines, with just a slightly different twist.

Veres starts off with, “Professional investors have learned to create a mental ‘watch list’ of possible market-shaking events, and they were helped recently when Noriel Roubini, chairman of Roubini Global Economics, former senior economist for international affairs at the U.S. Council of Economic Advisors, compiled his own worry list.”

Roubini also had concerns then about the actions taken by the U.S. Federal Reserve. His concerns were that the Fed could “cease its massive purchases of real estate mortgages and government bonds too quickly, causing interest rates to rise and sending financial shock waves around the world.” Or, on the other hand, “the Fed might keep rates low for so long that the U.S. experiences new bubbles in real estate, stocks and credit—and then experiences the consequences when the bubbles burst.” Current concerns revolve around keeping inflation in check while not putting the brakes on economic growth. Investors seem to constantly worry that the Fed will do too little or too much.

In 2014, Roubini had concerns about “emerging market nations being able to manage their debt and capital inflows if interest rates go up, and of course the situation in the Ukraine has significant market-spooking potential.” Earlier this year, Russia’s continued aggression in the region again spooked markets, and that will not likely be resolved anytime soon.

Veres went on to say that Roubini “notes that China has significant unresolved territorial disputes with Japan, Vietnam and the Philippines, which could escalate into military conflict. If the U.S. were drawn into a maritime confrontation, alongside Japan, with Chinese warships, investors might think it’s a good time to retreat to the sidelines.” Unrest in the South China Sea is again a concern, this time focused on potential Chinese aggression against Taiwan.

In 2014, Veres concludes with, “None of these scenarios are guaranteed to happen, and some of them seem unlikely. But these periodic, headline-related spookings come with the investment territory. If and when one of these events grabs the global headlines, it might be helpful to remember that the stock markets have weathered worse and come out ahead. Think: World War II, a presidential assassination, two wars in the Middle East, 9/11 and a Wall Street-created global economic meltdown. If we can survive and even profit, long term, from a stay-the-course investment mentality through those events, then we might be able to weather the next big headline on (or off) the worry list.”

It is a reminder that the world continues to be a dangerous and uncertain place. One thing I try to remember is that there are things within our control and others that are beyond our control. Spend less than you make, take time to enjoy nature’s beauty and maintain strong relationships. Maintain a long-term investing outlook, invest in all segments of the market and pay attention to costs. There will always be something to worry about, and the worries tend to be cyclical.