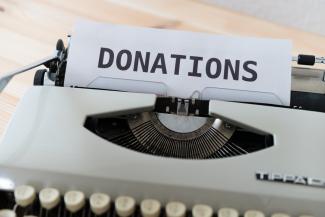 Most people are aware that the SECURE Act raised the age you must begin taking money out of your IRA from 70-1/2 to 72. These distributions are known as your required minimum distribution, or RMD.

There is also a little-used provision in the tax code known as the qualified charitable distribution, or QCD. A QCD is a tax-free withdrawal from an IRA that goes directly to charity.

What many individuals might not know is that, unlike the RMD, anyone who is over 70-1/2 can make a QCD. For example, if someone will turn 70-1/2 tomorrow, they don’t qualify today. The annual limit for QCDs is $100,000 per individual, not per account.

One advantage of using a QCD to make a charitable contribution is that the money comes out of the IRA tax-free. It’s an exclusion from income, which reduces adjusted gross income, a key figure on the tax return that determines the level of other tax benefits,

Another advantage to begin making QCDs before you turn 72 is that this amount is distributed from the IRA. Taking money out in advance of the RMDs can lead to lower account balances, which can result in lower future RMDs.

Distributions must go directly to a qualified charity, which is a 501(c)(3). If you are not sure if your intended charity qualifies, the IRS maintains a list of qualified charities. Donor-advised funds and private foundations don’t qualify for QCDs. The QCD check does not have to be cashed by the charity before you take the rest of your RMD, but the check should be given to the charity with plenty of time for the group to cash the check before the end of the year.

Once you have decided on an organization and dollar amount, work with your adviser or your IRA custodian to make the distribution. The IRA custodian will need to make the check out to the charity, not to you. Checks can be sent directly to the charity, or they can be mailed to you, and you can send them on with a note. Make sure you receive the usual written receipt from the charity, same as if it were a regular donation.

The first dollars withdrawn from an IRA in any year (you are subject to an RMD) are deemed to be the RMD. The tax rules state that “the first dollars withdrawn from an IRA in a year where an RMD is due will first go to satisfy the RMD”. This is known as the “first dollars out rule”. We have one client who waits until December to do his QCDs, and we are working with him to understand that “January is the new December” and to make sure he completes his QCDs before taking any RMDs.

Make sure to advise your tax professional of the QCD. An IRA custodian provider is not required to report a QCD transaction on Form 1099-R. A QCD is usually reported on IRS Form 1099-R as a normal IRA distribution and is thus subject to taxes. You would need to indicate “QCD” next to line 4b on your return.

I do not advocate making charitable distributions for the sake of lowering your taxes unless you would make this contribution, anyway. A QCD is simply a more efficient method for making contributions.