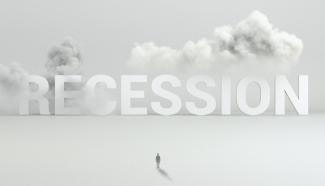 As we expected, interest rates rose for most of 2022, providing investors with an unusual and disappointing investment result – both stock and bond values went down. Back in the early 1990’s a Nobel Prize was awarded for suggesting that an investment portfolio comprised of 60% stocks and 40% bonds would provide potential for asset appreciation as well as protection from potential loss. The data set used in that presentation was the years from the mid 1920’s to early 1950’s but conditions were quite different last year, as was the result. We hedged against this potential outcome, so our clients tended to have done better – ie, their losses were generally less than the broad market indexes.

Inflation has been much in the headlines since I wrote about the topic in January of 2022. Our Federal Reserve Board has steadily increased short-term interest rates and other rates have generally followed along. This has been unnerving for both stock and bond markets, providing very few safe havens. I shared my concerns about the potential for this happening in April when I commented on an article which appeared on The Financially Independent Millennial website.

Late last summer, I wrote about the potential for a recession. Those who actually decide if we’re in a recession have not acted yet but the topic continues to be one of concern. Interest rates are certainly rising which tends to dampen spending, which tends to cool the economy. Whether one of those almost mythical soft landings will arrive this year has yet to be determined but considering news that bad but not terrible to be a sign that markets will turn seems a bit simplistic to us. We continue to be generally defensive with our clients’ investments.

With our 24/7 news cycle, we’re offered financial news all day, every day. What happens when too many people worry about a possible recession and quit buying? A recession, of course. It’s interesting, though, that one of the most volatile components of overall inflation is the easiest to follow, thus the most influential. I’m talking about gasoline prices.

I pass at least a half dozen gasoline signs every day going to and from work. Gas prices can – and do – change multiple times daily, just like your home and investment values even though, fortunately, those numbers are not on billboards. When gas prices are up, people respond to the highly visible numbers with fear. Likewise, when prices fall, fears tend to subside. Even though core inflation, the number that matters in the decision about a recession, doesn’t include gasoline, it’s the totem most people use to decide how the economy is going. Interestingly, it also affects their satisfaction or dissatisfaction with the sitting president, even though she or he has virtually no control over that price.

At the beginning of this year, the typical U.S. home buyer could get a mortgage with an interest rate of just over 3 percent, low by historical standards. Today, buyers can expect to pay more than twice that in interest — nearly 7 percent on average, the highest rate in over a decade. To put that in concrete terms, for someone buying a $300,000 home with a 20 percent down payment, that’s the difference between a monthly mortgage payment of $1,000 and a payment of more than $1,500.

If you own a home in the United States, though, chances are your monthly payment hasn’t gone up at all. That’s because the vast majority of homes in this country are bought using 30-year, fixed-rate mortgages. If you locked in a rate of 3 percent last year, your monthly payment will stay the same for nearly three decades, no matter what happens with interest rates, home prices or overall inflation.

In spite of Russia’s invasion of Ukraine, gasoline prices have fallen sharply as China's coronavirus crisis and protests threaten to hurt the global economy and bring down demand. AAA reports that the average U.S. price for a gallon of regular gasoline was $3.27 on Wednesday, making it about as cheap to fill up now as it was before Russia invaded in February of 2022.

What do all these isolated facts mean when taken together? We believe the US economy is contracting as falling demand leads to headline-making rounds of employee layoffs. On the other hand, those who are working continue to enjoy pay raises as competition for staff continues in many industries. Our economy is so huge; many companies, many products and many people producing them that it’s simply not possible to achieve a sudden change in direction whether toward greater or lesser output. It is clear that the Federal Reserve Board is making progress in their quest to slow things down and it’s our belief that they are close to achieving their mission. We hope their rate increases will diminish, allowing a new, more sustainable, balance to be achieved.