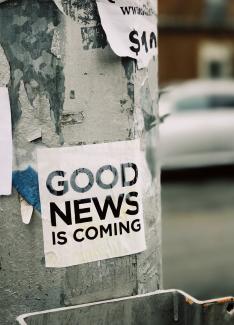 Bad news: everything else is too. A Certificate of Deposit is just about the safest investment anyone can make, with return of principal guaranteed by ‘an agency of the US government’, the FDIC. Of course, there’s a tradeoff involved with obtaining this level of security. You are locking in a rate of return that’s fixed for a specified period while prices can rise at any time. This rise in prices is known as inflation.

Inflation is much in the news these days as prices have increased through some combination of fewer workers, supply chain snarls and rising raw material costs. How much have they risen? Actually, it’s a bit difficult to tell. In fact, there are numerous indexes which attempt to track inflation based on various factors. Just like stock market indexes, different components may be more or less important depending on the specific situation. Retirees are often in their final home so rising housing costs may not be a problem: they might even be a blessing. Those in young-to-middle age are often less sensitive to health care cost increases than retirees. And, of course, food costs affect everyone. All this means that the rate of inflation is as variable as the many factors used to compute it.

Since it can be calculated in many ways, I’d like to point out one approach that’s pretty easy to understand. For more than thirty years, PNC bank has updated the cost of giving all the gifts named in the English Christmas Carol The Twelve Days of Christmas. It calls the result the Christmas Price Index, abbreviated with the same initials as the more widely known Consumer Price Index. Both lists attempt to measure the increasing prices of consumer goods – i.e., inflation. PNC’s result for 2021 was +5.7%. This is pretty much in line with the figures published by the government, making both significantly higher than the historical rate of 3.7%.

To better understand the cause of inflation, think back to the concept of supply and demand from your school days. Generally, the two must remain in balance or the marketplace will force an adjustment. If there’s too much supply, prices will fall until the least efficient producer is forced out of business. Likewise, too little supply will support increasing prices which will tempt new producers to enter the market.

Since these two forces tend to remain in reasonable balance over time, how do things go wrong? Well, suppose you hear that there’s a huge winter storm coming, and you decide to buy an extra loaf of bread or some new winter boots. If everyone decides on the same tactic, how long will the carefully managed supply chain remain in balance? With a doubling of demand, inventory will dry up almost immediately but it’s simply impossible for supply to ramp up as quickly. Even for a commodity like wheat which is produced in North America, no farmer can quickly double the acreage devoted to it. It takes months to bring a new crop to harvest. In addition, to turn that crop into bread, it must be transported from a storage facility to a miller which provides flour to a bakery which can then produce more bread, all assuming that the grain elevator, truck line, milling company and bakery have the human and mechanical capacity to handle the surge.

Obviously, all of this takes time. During the COVID crisis, manufacturers were caught off-guard. Bakeries that packaged flour in large quantities for restaurants were struck by a huge drop in demand since fewer people were dining out. It took some time to retool to produce one-pound bags instead of fifty-pounders. By now, suppliers have been able to refocus on consumer packaging but with restrictions easing in many places, restaurants are now the ones unable to find supplies.

And what about those boots? Over one-third of shoes sold in the United States are manufactured half-way around the world in China. Assuming the boot factory has enough capacity to increase production, all the supply chain issues which remain in the headlines will conspire to stretch out the time until the next person is also able to buy a pair.

Whether or not inflation is in the headlines, it’s always a factor in our work as planners. We know the historic rate of inflation, along with rates of return for dozens of different types of investments and the expected lifespan for people at various ages. Twenty-five years ago, synthesizing all those variables took hours of calculating time but now our software allows us to quickly test different scenarios, even during a client meeting. So, while we don’t have a crystal ball to predict the precise rate of inflation this or any year, we have tools which allow our clients to be prepared for a range of possible outcomes. We believe it’s important to plan towards a specific goal but also to make allowances for all possible factors which might affect it.