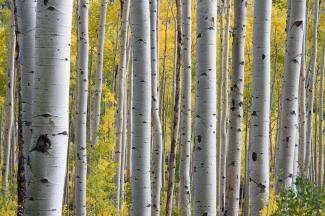 That Fellow Behind The Tree...

Even though April 15th is six months away, taxes are always on our minds as we try to help our clients navigate their financial lives. Since the key to getting elected to national office seems to be promising more government services, Congressional spending bills are in the headlines these days. Not surprisingly, that generates a lot of discussion about how that spending is going to be paid for. A fairly common answer is that we should ‘tax the rich’ since they presumably have the means to pay.

In addition to collecting taxes, our Internal Revenue Service collects data that might inform that discussion. I came across this chart on their website. Looking at 2018, the most recent year with complete information available, here’s how things break down: 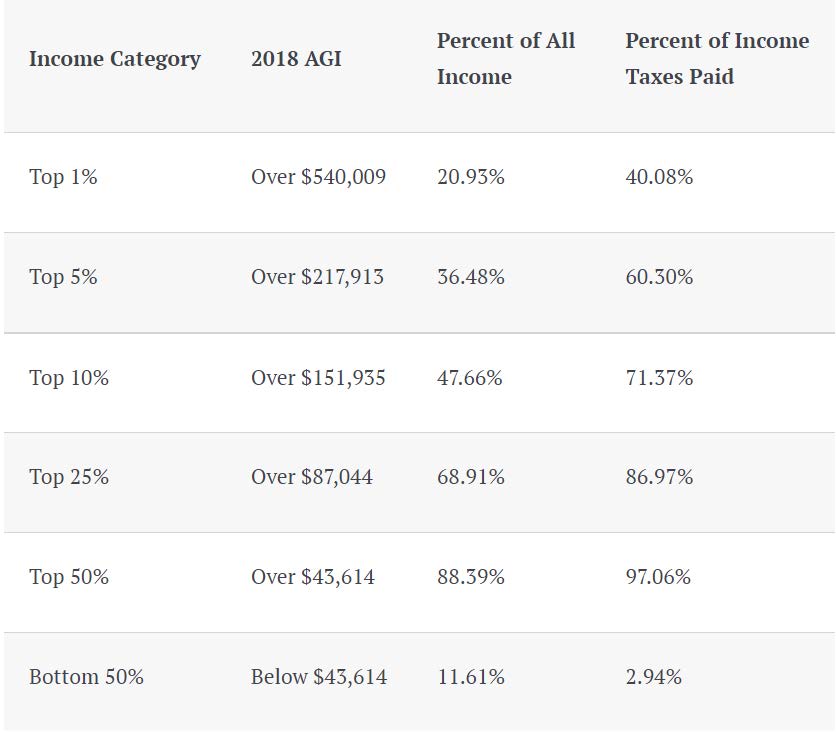 Warren Buffett has famously stated that his tax rate is lower than that of his secretary. That’s because he deliberately limits his yearly W-2 earnings and makes most of his money through appreciation of his stock holdings. The sale of such appreciated securities has been taxed at lower rates than earned income since the early 1920’s. The highest current income tax rate is 37% while the top capital gains rate is 25%. This disparity is often attributed to the belief that our overall economy is best served when people make long-term investments in businesses that hire workers, thus giving them money to spend. A more cynical view is that the very wealthy have successfully lobbied for the differential rates. It’s beyond the scope of my articles to comment about politics but, even with such tax breaks in place, the famous ‘One Percent’ already pay 40% of all income taxes. How much more would be enough?

Forbes magazine has just published its annual roster of the world’s wealthiest people. If you could make the twenty-five richest Americans write checks for their entire net worth ($1.7 trillion), it would reduce the national debt ($29 trillion) by less than six percent.

Eventually, something will have change. According to the (tax supported) Department of the Treasury, we are currently adding to the national debt at a rate of $2.6 million per minute. However, the government is not quite like you and me. As long as the US dollar remains the world’s reserve currency of choice, pressure to take action is significantly reduced. Should that change, however, we would need to take prompt action, a concept quite unknown in Congress.

At the fascinating US Debt Clock website, you can see that our country’s year-to-date spending is approximately twice the year-to-date federal tax revenue. Senator Russell Long (1918-2003) is often credited with the saying: “Tax reform means, ‘Don't tax you, don't tax me. Tax that fellow behind the tree’." While no one wants to pay more than she or he must, the money to operate our country must come from its citizens.

As tempting a target as the rich are, eventually Congress will have to balance the budget by reducing spending. Raising taxes will never be enough.