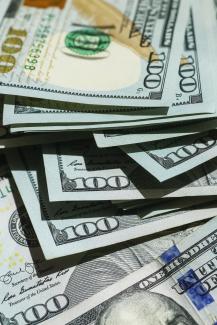 Only those of ‘a certain age’ will be able to fill in the blanks in today’s title. For those who are younger, here’s a link to some information about it. This TV show was part of my youth, offering weekly feel-good stories about a band of Merry Men who robbed from the rich and gave to the poor. Presumably, the founders of the Robinhood web brokerage firm hoped to draw on that rich/poor meme, perhaps implying that the poor might become rich with their help. Part of their strategy is to make trading more fun and their app reflects this. It’s so much fun that more than ten million investors are using it, enjoying the game-like interface and the apparent zero-cost approach to stock trading.

I say apparent, because, as I pointed out a couple of years ago in an article called YOU are the Product, nothing in life is truly free. Although Robinhood’s commissions are zero, they and most other brokerage firms earn money from what is known as Payment for Order Flow. PFOF is a fee brokerage firms receive for routing their buy & sell orders away from the stock exchanges and to market-making firms. This approach was championed by the late scam artist Bernie Madoff, an association which, all by itself, makes me a bit leery.

Brokerage firms are staunch defenders of PFOF so you might assume that the process serves their customers well by providing the best price for each trade. Unfortunately, that’s not actually the case. Since soon after the Great Depression, brokerage firms have only had to meet a suitability standard, not a fiduciary one. That is, they must provide investments (or prices for investments) that are not unsuitable. The industry’s self-regulatory organization, FINRA, has long defended this approach.

Registered Investment Advisors, such as WWA, are held to a higher, fiduciary, standard. Acting in the best interest of our clients underlies all our operations. The SEC, under pressure from the brokerage lobby, has never required that same fiduciary standard of brokerage firms. When Massachusetts took things into its own hands recently by passing such a law, Robinhood filed suit against the state. No matter how much fun it is to trade using Robinhood, it might be worth considering why the firm is suing to avoid being required to work in your best interests.

Perhaps I’m just on the wrong track here. Maybe it doesn’t matter if there are some costs associated with trading. What difference does it make if everyone’s enjoying some of the easy money being made from stock trading? The answer, I think, is that there really is no easy money to be had by any means – including investing. The Wall Street Journal recently profiled three friends who were Robinhood customers. They watched their portfolios grow (kidding each other about matching sports cars), then evaporate (beating themselves up over their losses). Last year, CNN reported on the suicide of a young trader who received a statement showing a negative $730,000 balance, funds he owed to Robinhood. There’s no way to know exactly why he took his own life but his family is adamant that the firm is to blame.

Now that someone has put the ‘fun’ into investing, what’s next? How about SPACs, Special Purpose Acquisition Companies? These have recently hit the news, allowing a small investor to connect with a famous sponsor. If Moneyball star Billy Beane, LinkedIn founder Reid Hoffman, basketball legend Shaquille O’Neal and rapper Jay-Z have all sponsored SPACS, how could anyone lose? Maybe you remember (or have heard about) the ‘dot com’ boom of the late 1990’s. At that time, there was pressure from many sides to allow small investors to participate in the easy money being made through numerous hot Initial Public Offerings. Although some thrived, many of these turned out to have zero value. Online grocer Webvan, retailers eToys and Garden and medical site DRKoop (all dot coms) seemed like sure things, only to fail. Today’s SPACs offer an even less-transparent way of accomplishing an IPO, providing even sketchier information to small investors while virtually guaranteeing profits to their famous sponsors.

An early mentor of mine offered what I consider still useful advice about IPOs (equally applicable to SPACs). He believed that the only reason a small Indiana-based firm like ours would be invited to participate in an IPO was that the larger firms in New York weren’t interested. He always said, “If New York doesn’t want to invest, neither should Logansport.”

Peter Lynch, the famously successful manager of the Fidelity Magellan fund, is not a personal mentor but his comments are still instructive: ‘Although it’s easy to forget sometimes, a share is not a lottery ticket… it’s part ownership of a business’. Like Lynch, we are long-term investors and have never recommended either an IPO or a SPAC to a client.