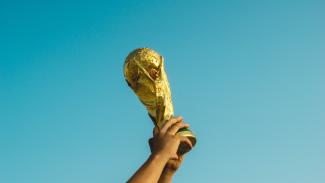 And The Winner Of The 1990 Nobel Prize In Economics Is...

Back in 1952 a student named Harry Markowitz published an article in The Journal of Finance. Simply titled Portfolio Selection, it was only 15 pages long but it led to his being awarded the above mentioned award 48 years later. In the original paper, he used algebra and plane geometry to explain his thesis that a diversified investment portfolio could be described as an ‘efficient set’, precursor to what’s now known as the efficient frontier. This idea became the keystone for a school of investment thought called Modern Portfolio Theory. Basically, it’s the idea that a properly diversified portfolio will lead to a higher expected rate of return. Refinements of his work led him to suggest that investing 60% of a portfolio in stocks (for growth) and 40% in bonds (for stability) would produce good results over time.

In rereading Markowitz’ article recently I was struck by the number of times he urged caution in defining what diversified meant also noting the uncertainty in intermediate results even as he defended the ultimate outcome. As do most investment advisors, we pay attention to Markowitz’ research while attempting to apply it to current economic situations. Over the past several years we have reduced the portion of our portfolios devoted to bonds. This is not because we don’t value stability but because we were loath to invest in an asset class paying our clients less than the rate of inflation. Additionally, we expected interest rates to rise meaning that bond values would decrease.

As always, we try very hard to select good investment vehicles for our clients and we have been generally successful. Our primary bond fund, for example, has done quite well during the recent rise in interest rates. That is, it went down in value but less so than its benchmark. Because we believe rates will continue to rise, we are selling those bond fund shares to create a tax loss for several clients, expecting to repurchase shares next month. This is part of our ongoing strategy to provide good long-term results for our clients, just as Markowitz suggested would be possible seventy years ago.

Affected clients will see trade confirmations and those of you who are not clients may wish to contact your own advisors to see if such a tax-saving move might make sense for you.