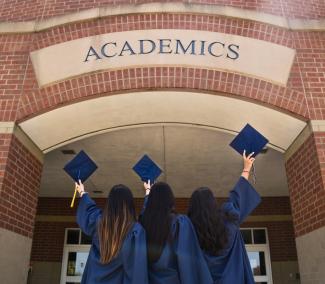 Those of you with children you care about can probably fill-in the missing digit in today’s title. Section 529 plans allow for tax-advantaged investment growth to pay for education. Interestingly, the 529 legislation is so tax-friendly that I sometimes think the entire IRS was out sick the year it was passed.

In the late 80’s and early 90’s, several states introduced ‘prepaid tuition’ programs, allowing the cost of higher education to be locked in years before it was needed. In order to bring some order to a process that was occurring state-by-state, Section 529 was added to the US tax code in 1996. It described a new approach called a Qualified Tuition Program.

The basic concept is that money can be contributed to a state-sponsored account for eventual use toward educational expenses in any state. Contributions are allowed to grow tax-free and remain tax-free upon withdrawal within certain very broad guidelines. The distribution rules allow payment for public or private college (any level including graduate and professional schools), vocational and technical training (welding, nursing, information technology, etc.) and, if other funds have been set-aside for post-secondary costs, even some K-12 expenses. Almost any educational cost can be covered including dollars to replace a scholarship or to purchase required adaptive equipment for students with special needs.

Each plan is sponsored by a state which grants an asset management company, often a mutual fund such as Fidelity or Vanguard, the right to manage their plan: accept deposits, make investment decisions and handle distributions. The total number of plans in the US varies year-to-year as states decide to sponsor a plan or change their minds and terminate one. Most plans are available across state lines (we recommended the Nebraska plan for years) and many are structured to favor state residents. Most can be purchased either through your broker (with commissions deducted from the investment) or directly through the program (no commissions).

As with all mutual fund-type investments, there are fees involved in managing the accounts. These ‘expense ratios’ must be low in order to achieve good investment performance.  Our earlier recommendation of the Nebraska plan was based on the high quality of the investment choices and the low expense ratios of the funds. Indiana has since upped its game so we now suggest it to our Hoosier clients. In addition to improving investment choices and reducing costs, Indiana now allows contributors to deduct 20% of their 529 contributions from their income tax bill, up to a yearly maximum of $1000 on a $5000 contribution.

Because 529 plan accounts are owned by the contributor, not the student, it’s possible for multiple plans to be established for a single beneficiary, perhaps by both parents and grandparents. In fact, anyone can establish a plan for anyone else or contribute to an existing one. No kinship is required so a contribution might be a simple way to give a baby or child a present of lasting value.

Could the ease of making contributions result in too much money eventually being available? Maybe, but again, the rules are very flexible. Unused funds can be:

529 funds cannot, however, go down a generation (to the original student’s children), as that runs afoul of ‘generation skipping’ rules.

As the account owner, the contributor must decide when money is disbursed and in what amounts. That means communicating with the student to know when payments are needed and making sure she or he is aware of what expenses are and are not allowable. Acceptable items include tuition & academic fees, room & board and required textbooks & related fees. Most post-secondary institutions require a computer equipped to a specific standard so that too is allowed, along with a printer, necessary software and internet service. Non-allowed items include transportation to and from school, health insurance premiums, most payments on student loans and sports & activity fees (such as a gym membership or those related to a sorority or fraternity).

With such a great concept, what could go wrong? Well, the IRS was able to include some penalties in the case of non-qualified withdrawals. The money contributed is the donor’s to remove but investment gains not spent on education are considered ordinary income (not capital gains as with most investments). Gains are also subject to a 10% penalty if not used for the planned educational purposes. Under some circumstances, a contributor might be required to repay any state tax credits claimed previously but this is very much a state-by-state issue.

529 plan assets owned by someone other than a parent are not counted as an asset when completing the annual FAFSA form, providing a strategy to maximize student aid. However, 529 payments are considered income to the student so if the account won’t pay for a complete education, those distributions are probably best saved until the last year or two of school.

Are there situations for which a 529 account might not be a good fit? As planners, we believe people should focus on their own needs first, saving for retirement before beginning to fund their children’s education. There are still many cultures in the world where aging parents are supported by their children, even moving in together later in life. However, in modern America this is not a popular solution among members of either generation. While it’s not an easy decision, parents with limited income should put their own needs first. At the same time, those parents should begin early to help their children understand the options and choose realistic plans for post-HS education that can be financed through means available to the student: grants, loans, scholarships, work-study programs, etc. If there are family members with the means and desire to help with educational expenses, they can be encouraged to explore establishing a 529 plan for the child.

Post-secondary education has never been more important than it is today, as the number of high-paying factory jobs shrinks. A 529 plan is often the best choice to cover this sizeable expense but every situation is unique so each family should consider the plusses and minuses carefully. Most people are able to establish these accounts by themselves but we are always glad to help; here’s a link to the Indiana plan’s website.